GET A VEHICLE QUOTATION

An intoxicating mix of cars, stars and motorsport royalty
Over four superb days for the Festival of Speed
The largest event of its kind in the world
The planet’s rarest and most glamorous cars & motorcycles
In the grounds of Goodwood House, Sussex, England
Some of the most stunning collections of vehicles you'll ever see
Vehicles that innovate, surprise the eyes with their stlye & design

Goodwood Festival of Speed | It's A Wrap BRANDING & 3M

It's a Wrap Branding partnering with 3M & GFOS.

It’s A Wrap Branding worked alongside 3M and Goodwood Festival of Speed producing some stunning results and showcasing our skills.

Our top vehicle wrapping specialists demonstrated their skills and technique in vinyl application, giving you the opportunity to see how its done, ask questions and gain an insight into the work that goes on in our busy company. We showcased the very best of 3M products and hope we gave you plenty of ideas and inspiration.

The Festival of Speed offers enthusiasts an unrivalled opportunity to get close to the action, and to meet the great champions who gather at Goodwood each summer.

It has been running since 1993 on the same stretch of the March family's driveway. While the location has remained the same and Lord March continues to lead the creative direction, the main aspect that has evolved is the scale. With the enthusiasm and investment of the wider motoring and motorsport community, FOS has become an internationally celebrated, sell-out occasion. 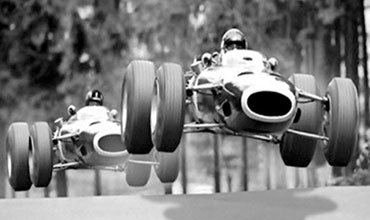 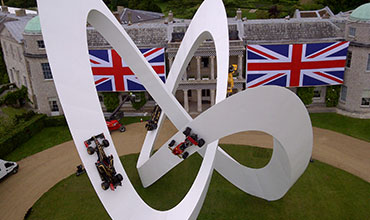 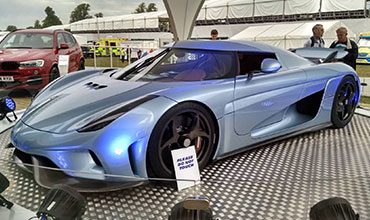 The theme for the 2017 Festival of Speed will be 'Peaks of Performance - Motorsport's Game-Changers'. Each year we find a new way of exploring the thrilling past, present and future of the automotive world. This year, we'll be celebrating racing machines that were so fast, powerful, expensive or complicated that the rules had to be changed to rein them in. These are the high-watermarks of motorsport; cars and motorcycles that left an indelible mark on the history of the sport.

Held in the beautiful parkland surrounding Goodwood House, the Festival of Speed is motorsport's ultimate summer garden party, an intoxicating celebration of the world's most glamorous sport. Nowhere else will you get so close to the cars and bikes as they blast up the Hillclimb track; nowhere else will you enjoy such unrestricted access to the machines and the drivers who made them famous.

Goodwood Estate is located just to the north of the West Sussex cathedral city of Chichester, nestled in the South Downs. Outside of the Festival of Speed weekend, the event site is chiefly used as farmland for the Goodwood Farm livestock. 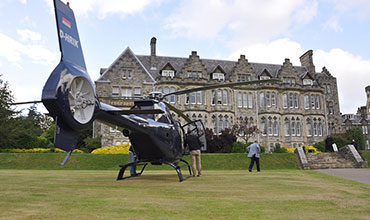 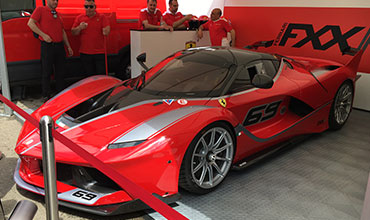 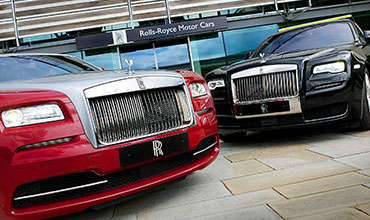 The History of the Estate.

The first Duke of Richmond, illegitimate son of Charles II by his French mistress, Louise de Kérouaille, originally rented Goodwood to enjoy the foxhunting with the nearby Charlton Hunt, then the most fashionable hunt in the country.

In 1697 he bought the house, built in 1616-17 by the 9th Earl of Northumberland - known as the ‘Wizard Earl’ - whose main home was at Petworth. There is evidence that a house had existed at Goodwood as early as 1570. Colen Campbell’s floorplan of 1724 shows the small Jacobean house with gabled ends and, later, sash windows which must have been added by the first or second Duke.

Use our form below to for any questions or request further info.


Use the contact form below, should you need to add attachments just email us on: goodwood-festival-of-speed@itsawrapbranding.com. Or give us a call on: 01903 505224